In the electric guitar’s short history, there is a single instrument that has earned the title of “the worst electric guitar in existence.”1 The Tonika was the very first solid-body electric guitar manufactured in the Soviet Union, and its legend has made it into a collector’s item for all the reasons we’d usually pass on an instrument. It was forged in secrecy behind the iron curtain, in a cold, nondescript factory in Leningrad some time in the late 60s when Cold War tensions were at their highest. Unfortunately, unlike their space program, the Tonika was not a source of national pride for the USSR. 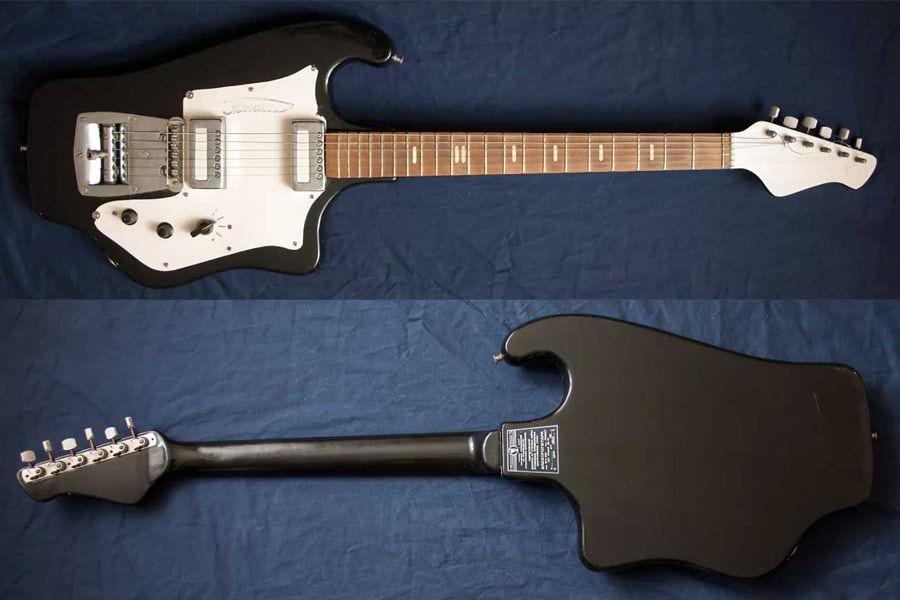 Before I give any bad impressions, I want to let it be known that the quality of electric guitars in the USSR was improved over time–during the 80s, there were at least ten different factories producing unique models. It’s just that the Soviet era of guitars evolved in parallel but without any influence from the Western models we’re all familiar with – which makes the entire offshoot from the family tree fascinating. The Tonika was the first prototype designed by Soviet luthiers, and it was a noble attempt considering the lack of inspiration available at the time. Due to the USSR’s strict travel and trade policies, and a general disgust for anything American, there were very few electric guitars from the Western world from which they could draw from. Maybe that could explain the absolutely mental body design–nowadays, Strandberg calls that “ergonomics” though.

The body and neck were made of beech wood, and the fretboard from ebony. 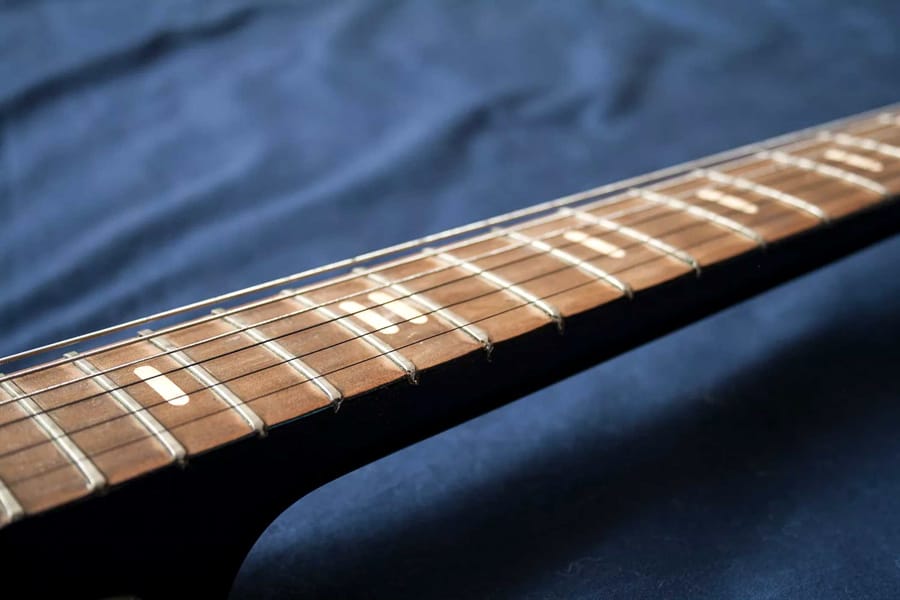 The original Sverdlovsk models had two single coil pickups, whose components were glued together, and the bolts extended downward next to the magnets. The bolts can be moved closer to the string to increase the volume, but the pickups as a whole cannot be adjusted. The pickups were wired through a four-way switch to change their configuration.

The guitar’s output is a 5-pin jack that made it impossible to link up with anything other than Soviet amplifiers (barring modification). But before we get all hypercritical about it, let’s marvel at the possibilities it opened up – mono / stereo output, phantom power, and some people even theorized that the design was anticipating MIDI-like functions. Of course, the Tonika itself didn’t utilize any of these options, but it did make a path for later models to go down. 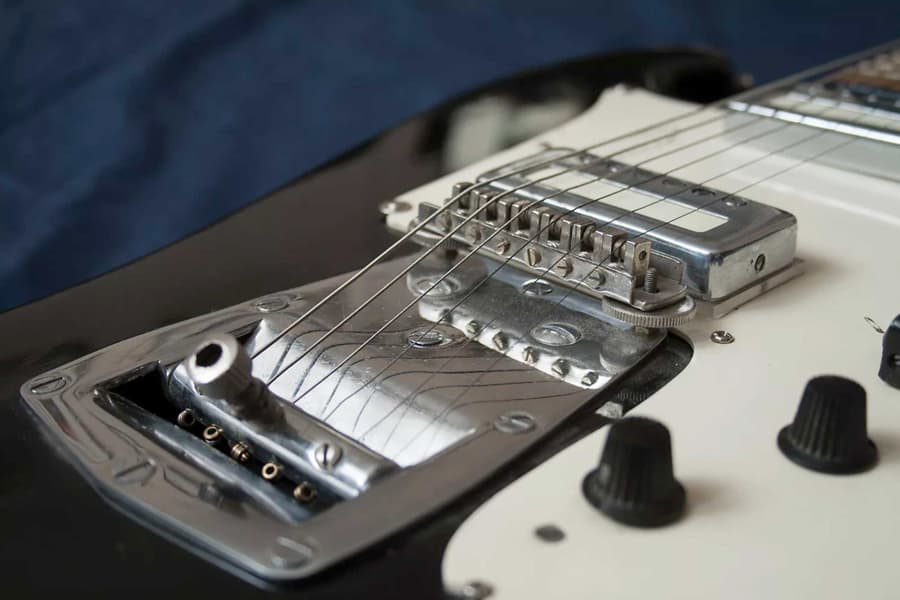 The bridge was a sort of Bigsby-ish Tune-o-matic Frankenstein contraption with a centered tremolo arm on a spring loaded plate that could pull the strings back and forth on a roller.

The neck was bolted on, and had what is widely considered to be one of the most uncomfortable profiles ever. It’s a very thick neck with a tiny radius. Now, this guitar gets a lot of bad reviews that I don’t believe are entirely justified. The electronics were shoddy, the body is hilariously malformed, and the construction quality is lacking (though the paint job is said to withstand temperatures up to -30° C). One scathing review of the Tonika described it as an “unplayable super-heavy guitar with sick body shape, thickest neck you’ll ever find and sound suitable for anything but music”2. 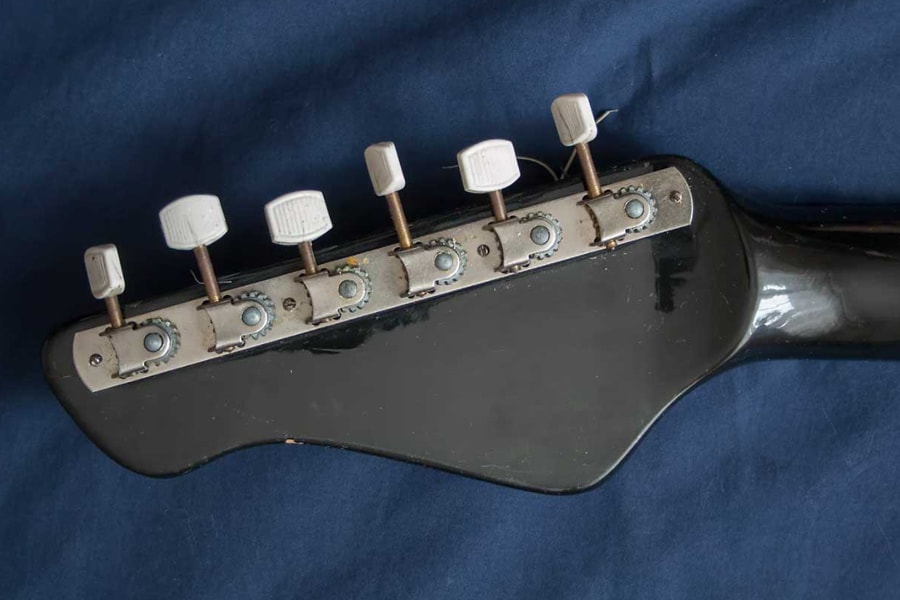 But this is an instrument designed by Lunacharsky Factory of Folk Musical Instruments, the oldest and most experienced instrument-making factory in Russia. This was the first electric instrument designed in the Eastern Bloc, and it was done so from scratch. Leo Fender and Les Paul had tons of designs to improve upon, since the Frying Pan designed by Beauchamp and Rickenbacker had already set the wheels in motion. 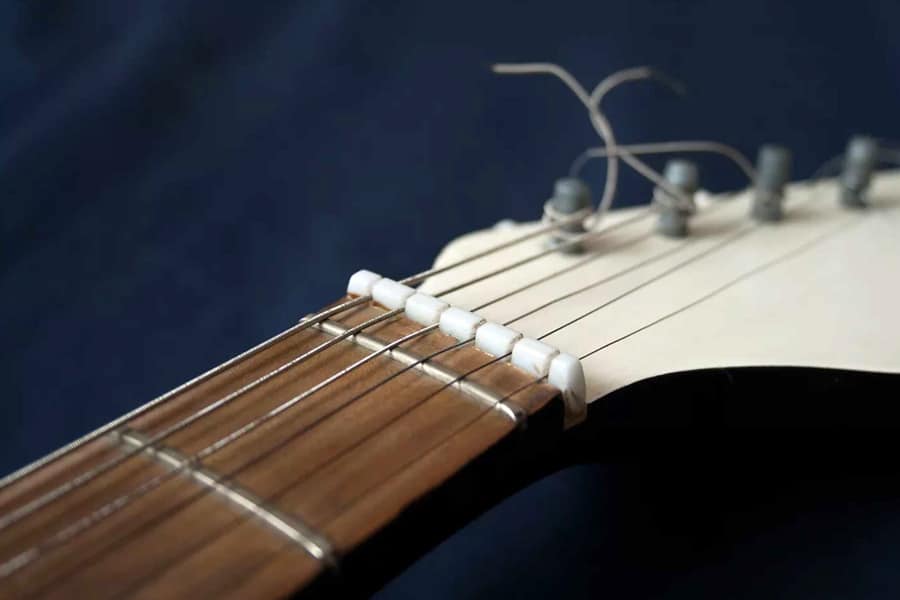 In my opinion, the luthiers who designed the Tonika were extremely talented to have come up with a fully functional electric guitar that somewhat resembled and played like an instrument from America that had 35 years of previous innovation to lean on. Unlike Fender and Rickenbacker, these Soviet luthiers remain unnamed to this day. 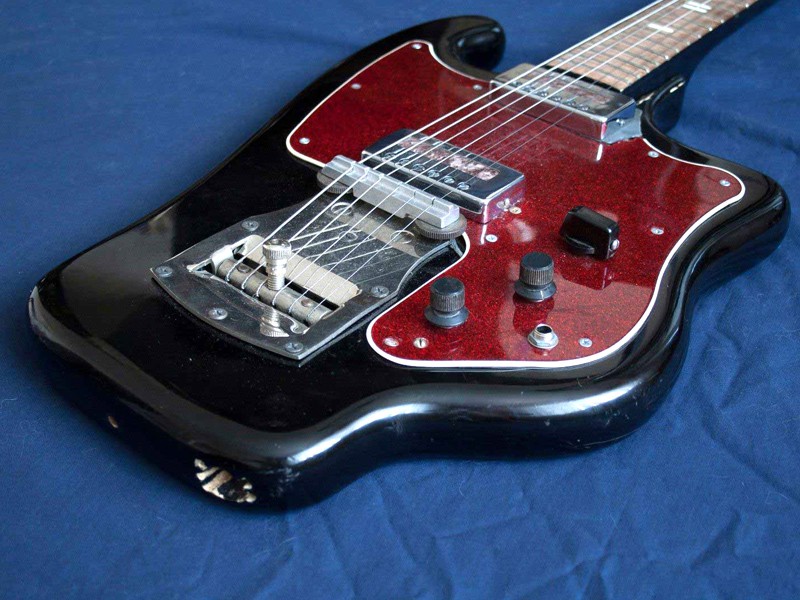 One final note: Since the original versions of the Tonika are so rare, it’s very difficult to find any media about them – therefore, most of what you see here is the next (very similar) Tonika model manufactured in Sverdlovsk. I haven’t seen too many people playing these guitars and screaming in agony for its horrendousness. Take a look on YouTube and see for yourself – they sound pretty good to me!

Videos of the Tonika in Action

What do You Think?

I’m curious to know what you think of this beast. Is it a collectible jem or a monstrosity that’s better suited to a museum? Let me know in the comments section down below. 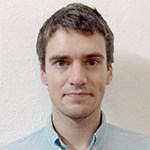 Joel Bennett is a luthier from the UK, trained in the US, and currently living in Mexico without any tools. Go visit him over at his website: www.electricherald.com.